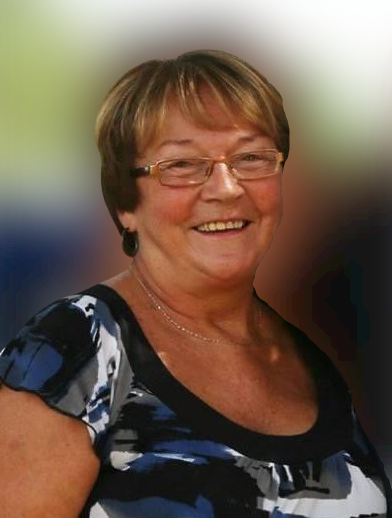 It is with deep sadness that the family of Joan Ethel McMillan announce her passing which occurred on Wednesday, December 22, 2021 at the Saint John Regional Hospital. Born in Sussex, NB on July 20, 1955, she was the daughter of the late Ardon and Marian (Pickle) Allaby.

By far Joan’s greatest joy was her family. From helping to raise her siblings, to having her own children, grandchildren, and great-grandchildren, she excelled at caring for her most beloved family.  Her happiest days were when she was surrounded by family, especially her precious grandchildren and great-grandchildren. While Jack may have driven Joan crazy with his antics and joking personality their love and commitment to one another was undeniable. Joan’s contagious smile, laugh, and all-encompassing hugs will surely be missed by all of her family, friends, and community. Joan’s family would like to express sincere thanks to her close friends, family, community members, and extra-mural nurses who came and took such loving care of Joan in her time of need.

Arrangements have been entrusted to Sherwood's Funeral Home and Life Tribute Center (506-839-2156) 18 Scovil Road, Norton, NB and will be held privately. A celebration of Joan’s life will occur at a later date for all who wish to attend. Donations in memory of Joan may be made to Diabetes Canada, Sussex Sharing Club, or to the donor’s choice. Personal condolences to the family and memorial donations may be made through: www.sherwoodsfuneralhome.com

Share Your Memory of
Joan
Upload Your Memory View All Memories
Be the first to upload a memory!
Share A Memory