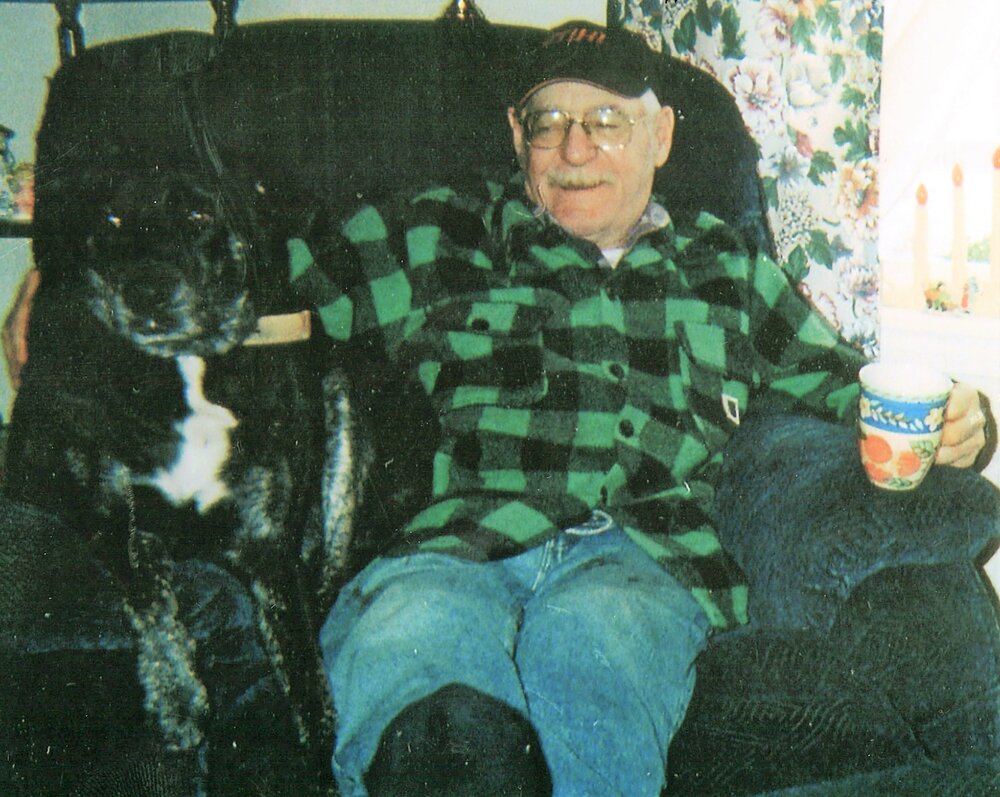 It is with great sadness that the family of Clayton Ronald Marr announce his passing, which occurred peacefully on November 23, 2021, at his residence in Wickham, NB. Born in Woodstock, NB, on May 29, 1939, he was a son of the late Eldon and Ruth (Shea) Marr.

In addition to his parents, Clayton was predeceased by his brothers Wendell and Raymond, and sisters Audrey, Betty, Pauline, Noreen, and Shirley.

Clayton would do anything for his family, and he lit up when the little ones came by for a visit. He was a skilled carpenter who could build anything. For fun, he would play crib, cards, or crokinole with his friends, going to great lengths to ensure a victory. Visitors were always encouraged to enjoy tea or a coffee whenever they came through the door.  Clayton always appreciated the outdoors, looked forward to deer hunting, and loved spending time with his dogs, Keisha and Lady.

“He was an ordinary man who was extraordinary to us!”

Special thanks to Dr. Dianne Stackhouse & the nurses of the Extra Mural Nursing Program who took such great care of Clayton in his period of deteriorating health.  Your kindness and compassion will never be forgotten.

Arrangements have been entrusted to Sherwood’s Funeral Home and Life Tribute Center (506-839-2156), 18 Scovil Road, Norton, NB and will be held privately.  Donations in memory of Clayton may be made to the Alzheimer Society of NB, Extra Mural (Sussex), or charity of the donor’s choice. Personal condolences to the family and memorial donations may be made through: www.sherwoodsfuneralhome.com

Share Your Memory of
Clayton
Upload Your Memory View All Memories
Be the first to upload a memory!
Share A Memory