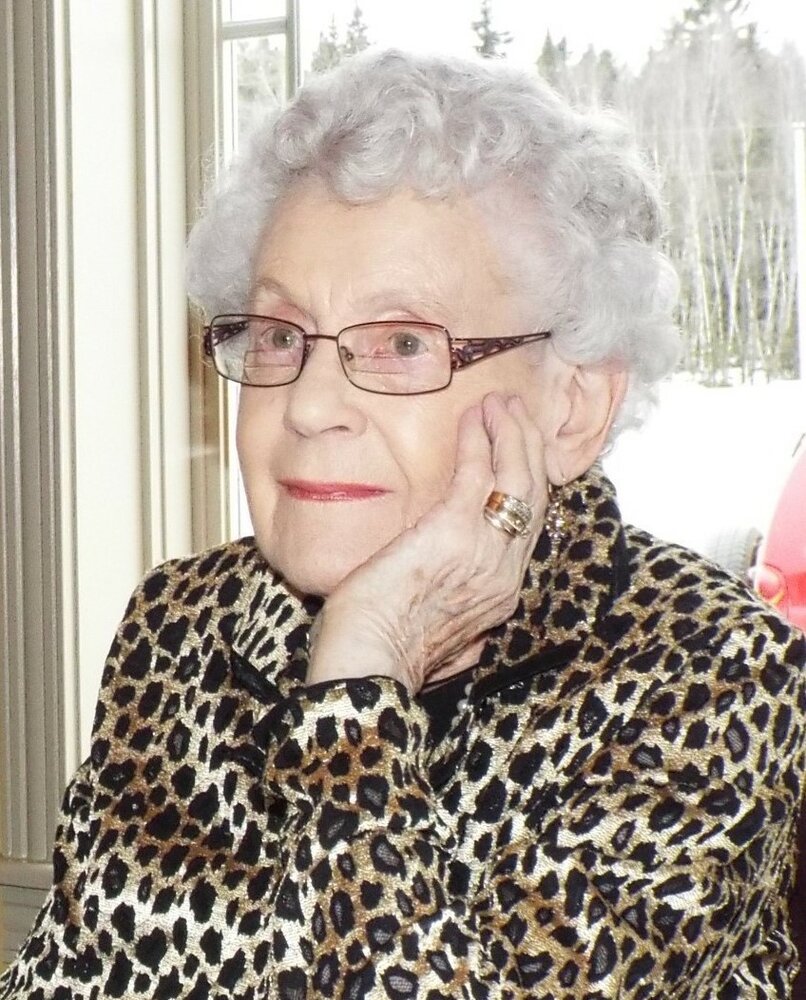 Celebration of Life for Agnes Clinton

It is with great sadness that the family of Agnes Thelma Clinton announce her passing which occurred on Wednesday, November 10, 2021 at Kiwanis Nursing Home, Sussex, NB, at the age of 100 years old. She was born in Springfield, New Brunswick on January 9, 1921, the daughter of John Thomas and Dora (Wetmore) Neill.

Agnes graduated from Sussex High School in 1939 and married Carl Clinton in 1940. Carl was a career soldier and they lived in many provinces of Canada. When Carl and Agnes retired from the army, they settled in the Okanagan in British Columbia where they lived for over forty years. Agnes and Carl had three children: Carla, LaVerne and Sheryl.

She is survived by her daughters: Carla (Ben) of San Antonio, Texas, and Sheryl (Ken) of Trail, British Columbia; grandchildren: Angela, Francesca (Raymond), Deneen (Troy), Dennis (Liz), Susan (Tom), Robert (Shannon) and Carla K. (Mike); as well as several great grandchildren which are living in Texas, Winnipeg, Alberta and British Columbia. Agnes is also survived by her sister-in-law Ida Neill of Hatfield Point, NB, and many loving nieces and nephews. In addition to her parents, Agnes was predeceased by her loving husband Carl; beloved son Verne; grandson Kenneth; as well as several siblings.

Agnes was a talented homemaker, seamstress and knitter. She enjoyed gardening, playing bridge and bowling. She always had a dream to return to New Brunswick to live. She did so at the age of 93 years.

“Not All Those Who Wander Are Lost.”

Arrangements have been entrusted to Sherwood’s Funeral Home and Life Tribute Center (506-839-2156) 18 Scovil Road, Norton, NB. A Celebration of Agnes’ life will be held on Monday, November 15, 2021 at 11:00am from Hatfield Point Baptist Church. The interment will take place at Bayview Cemetery, Hatfield Point, NB, at a later date.

Due to the provincially mandated COVID-19 regulations, proof of identification & vaccinations must be provided before entering Hatfield Point Baptist Church. Masks must also be worn inside the building.

Donations in memory of Agnes may be made to the Hatfield Point Baptist Church, Bayview Cemetery, SPCA – Animal Rescue League, Beverly Neill Scholarship Fund or to the charity of the donor’s choice. Personal condolences to the family and memorial donations may be made through: www.sherwoodsfuneralhome.com

Share Your Memory of
Agnes
Upload Your Memory View All Memories
Be the first to upload a memory!
Share A Memory