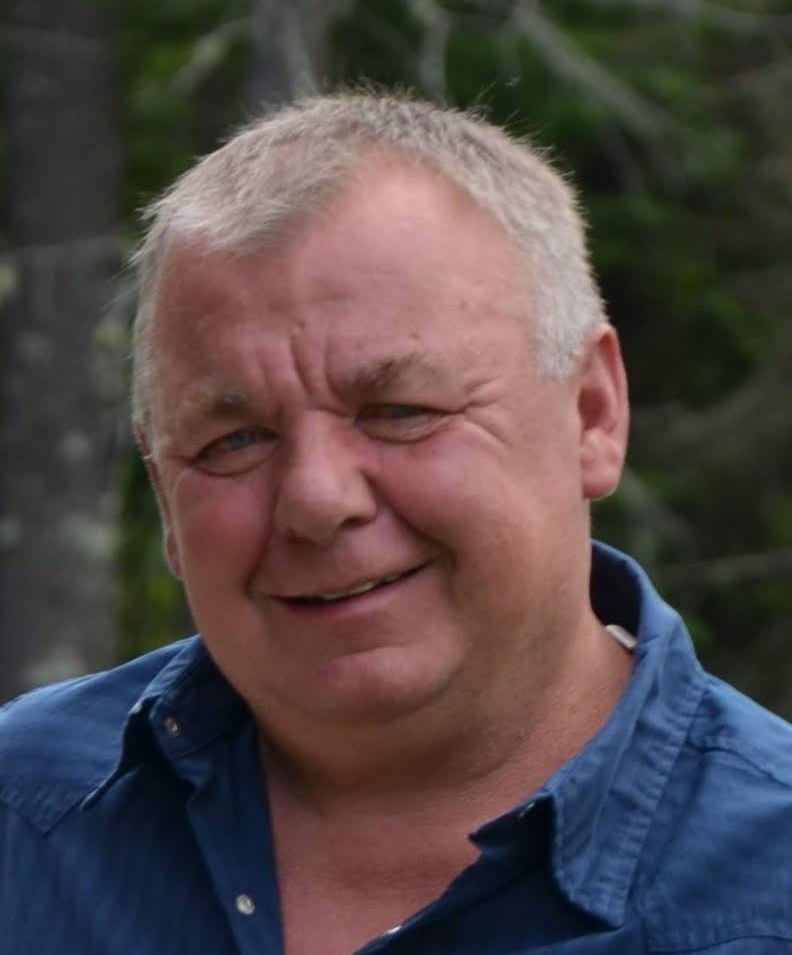 It is with great sadness that the family of William “Billy” Roy Huggard of Belleisle Creek, announces his passing which occurred on Saturday, April 3, 2021 at the Saint John Regional Hospital. Born on March 24, 1960, in Sussex, NB, he was the son of the (late) Eric Huggard, and Annabelle.

Mining was a big part of his life taking him all over the world. He loved his Harley and the roads trips him and Lorraine would take and the friends they made along the way. Billy always looked forward to their trips to Cuba every year. He loved the Blue Jays and didn't miss a game if one was on. How he loved his toys, his '74 Dart Swinger being the most recent favourite. He made a many trips to get a good bacon double cheeseburger and was perhaps a little heavy on the gas at times, he sure loved to hear it roar!

KCHL was also a big part of his life for many years, he was always a great supporter, never missed a game and wore the Springfield jacket with pride. It was a great year when the three Bills were on the Springfield bench: Armstrong, Huggard and Smith won the Cup over Apohaqui in '78. Once Derick got playing Rugby, Bill was always there cheering on the Belleisle boys even if Derick wasn't playing; you could certainly always hear him chirping to the other teams from the side lines, especially Mary Poppins!

He was so proud of Derick and Brittney, but when he became a Papa that was his greatest joy. We raise a glass of R&R with Sussex golden ginger ale- CHEERS Billy Boy! We will miss you.

Arrangements have been entrusted to Sherwood’s Funeral Home and Life Tribute Centre (506-839-2156), 18 Scovil Road, Norton, NB. Due to Covid-19 restrictions, services will be held privately. Interment will take place at St. Simon & St. Jude’s Anglican Cemetery at a later date.

Memorial donations in memory of Billy may be made to the charity of the donor’s choice. Personal condolences to the family and donations may be made through: www.sherwoodsfuneralhome.com

Share Your Memory of
Billy
Upload Your Memory View All Memories
Be the first to upload a memory!
Share A Memory