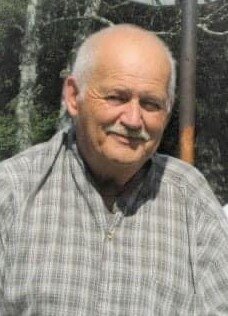 It is with great sadness that the family of David Charles Brehaut announce his passing, which occurred on Tuesday, December 14, 2021, at the Sussex Health Centre, Sussex, NB. Born in Saint John, NB, on August 23, 1947, he was a son of the late Charles Warren and Patricia Mildred (Hutchings) Brehaut.

Over their 50 years of marriage, David and Rose fostered 52 children, providing a safe place for children who needed a loving home to grow up in. David was a respiratory technician for many years, and then worked in security. He was an outdoorsman, who spent time hunting, fishing, farming, and camping. He loved all animals, especially his favorite dog, “Teddy”, and later in life he became a hobby farmer. David’s children will always remember dad’s great stories about his first steer, “Chance”. He loved going to church and treasured his time as a Sunday School Teacher. David will truly be missed by everyone who had the chance to know him.

Arrangements have been entrusted to Sherwood’s Funeral Home and Life Tribute Center (506-839-2156) 18 Scovil Road, Norton, NB, where a funeral service will take place on Saturday, December 18th, 2021, at 2:00PM. Donations in memory of David may be made to his Living Memorial or to the charity of the donor’s choice. Personal condolences to the family and memorial donations may be made through: www.sherwoodsfuneralhome.com

Share Your Memory of
David
Upload Your Memory View All Memories
Be the first to upload a memory!
Share A Memory