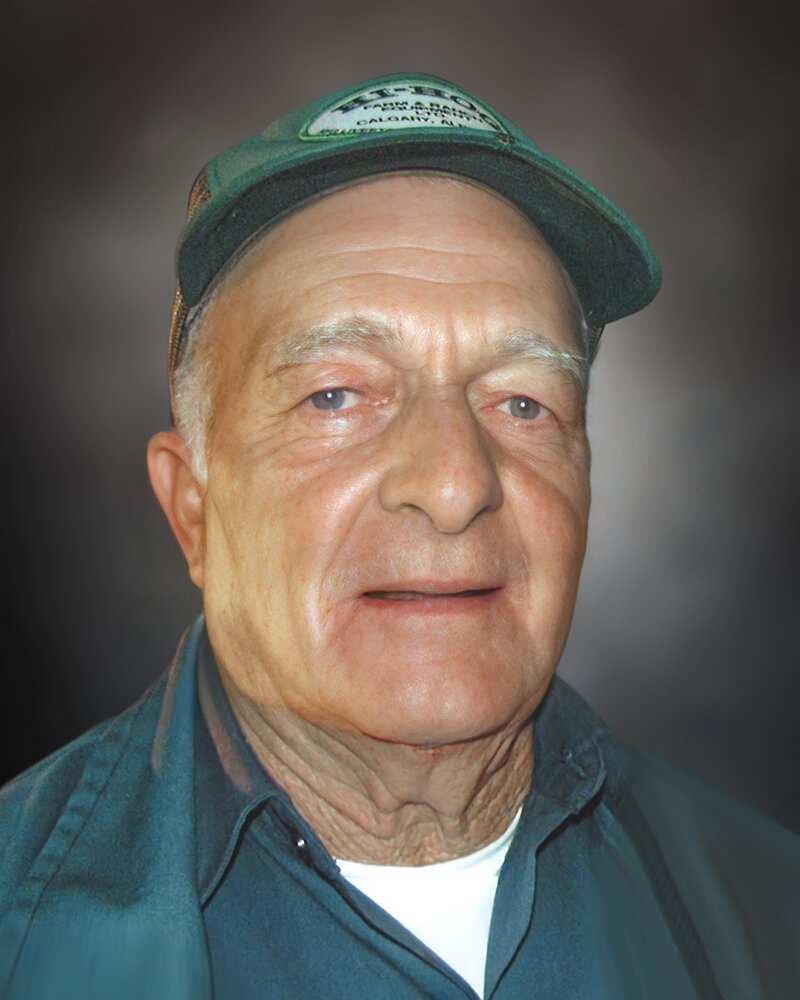 It is with great sadness that the family of Laurence Cecil Vail announce his passing, which occurred on Monday, December 6, 2021, at the Kiwanis Nursing Home, Sussex, NB. Born in Belleisle Creek, NB, on September 28, 1936, he was a son of the late Cecil and Ruth (Follett) Vail.

Laurence’s first job was for his uncle Clarence Vail ‘Unk’ when he was 12 years old, in later years he went to the same farm to visit with cousins Les and Garf and friend Percy.  On Sunday nights Laurence, Garf and Percy were together in the shed by the road listening to ‘Country Jamboree’ and waving to cars as they drove by.

In his late teens he went to Ontario two different years in late summer with the ‘Price boys’ (Ronald and Clarence) to pick tobacco, a back breaking job but good money! Then he went to work with Gerald Northrup (G.E. Northrup Ltd) cutting pulp and driving a pulp truck and running a bulldozer, he never went back picking tobacco because Gerald made it worth his while to stay.  He was certified to do agricultural land clearing and did this work while working for G.E. Northrup.  Laurences’ brother Cyril also worked with Gerald and on one day they hand loaded onto a pulp truck in excess of 110 cords of pulpwood from the Hatfield Point pulp yard and took it to the wharf at Hatfield Point and dumped it into the Irving Woodlands boom.  Laurence was a hard worker and loved working, he was also very neat when it came to his woodpile or snow shovelling. There wasn’t a wood pile in Belleisle Creek as neat as his...partly because when he was cutting his own firewood and he made sure he cut every stick the same length so the pile was neat on both sides! His last job was with T.A. Raymond running heavy equipment.

Before he went to the Kiwanis Nursing Home he had a cat which he called ‘kitty cat’ which followed him everywhere he went on his property. This cat was pretty special to him and during the winter after a snowstorm it had its’ own neatly shovelled path.  He loved candy and while in the nursing home he always had a shirt pocket full of hard candy and some to share with the workers there. Sussex Golden Ginger Ale was his favourite soft drink...had to be Sussex.  And he loved black licorice pipes and it better not be a black licorice cigar because they didn’t taste the same according to him! His best buddy was Greg Gallagher who was living at the Kiwanis when Laurence moved in there they were together all the time visiting, watching TV and hanging out.  According to Greg long before they were residents of Kiwanis Greg was the local barber where Laurence had his hair cut for over 40 years.

Several of the staff at Kiwanis told family members he was a favourite with them which warmed our hearts.  The family wishes to thank the nurses and other staff for the excellent care given to Laurence during his 3 ½ years as a resident at the home.

Arrangements have been entrusted to Sherwood’s Funeral Home and Life Tribute Center (506-839-2156) 18 Scovil Road, Norton, NB and will be held privately.  Interment will take place in the spring at Union Cemetery, Belleisle Creek, NB. Donations in memory of Laurence may be made to the Kiwanis Nursing Home or to the charity of the donor’s choice. Personal condolences to the family and memorial donations may be made through: www.sherwoodsfuneralhome.com

Share Your Memory of
Laurence
Upload Your Memory View All Memories
Be the first to upload a memory!
Share A Memory