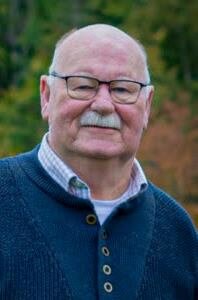 It is with great sadness that the family of Richard “Rick” Ronald McFarlane announce his passing, which occurred on Thursday, November 18, 2021, at Bobby’s Hospice, Saint John, NB. Born in Saint John, NB, on September 27, 1949, he was a son of the late Ronald and Jean (Shannon) McFarlane.

Rick grew up on Kennedy Street, Saint John North. In his younger years he spent many summer weekends at the family camp on Goshen Road, near Sussex, NB. He found his love for the outdoors at the camp with his dad and the MacEachern boys, who’s family had a camp adjacent to them. The boys also found their love for cars, fixing up an old model truck to run through the back woods. This vehicle, Nelly Bell, became a wonderful memory for all, boys and girls.

Rick was a mechanic for the city of Saint John for 30 years retiring in 2003. He truly enjoyed working on the numerous police cars, fire trucks, city trucks and plow equipment to name a few. During these years he also had a passion for stock car racing. On weekends he could often be seen driving #55 “The Green Machine “ at Hammond River Raceway in Saint John or River Glade Raceway in Salisbury. He found being retired wasn’t for him yet and went on to work for Irving Equipment for 10 years. Rick also was involved in volunteering and soon found his volunteer work more rewarding than actual work, he left Irving Equipment to pursue his passions.

Rick coached and was the biggest fan and supporter of hockey and baseball over three generations of his children, grandchildren and great grandchildren. He was a dependable and well respected coach and supporter. His presence will be sadly missed by many.

Rick didn’t get to far from the city job he had, for he became an active volunteer at the Saint John Police Museum. He could be depended on for all events taking place.

He had many passions in life: God and his love of God’s Word first, family (who he always spoke of with pride, a sparkle in his eye and unconditional love), friends- he treasured, giving a helping hand whenever and however he could, and often helping those he didn’t know. Rick loved to hunt, travel, BBQ, of course, go out for a delicious meal- seafood being his favourite.

His son Andrew was asked, “if you could describe your father , in one word, what would it be?” His quick reply, “selflessness “. That is who Rick was to all, a loving, comforting, selfless, humble man who would be there for all who needed him. Rest In Peace Rick, you will be forever in our hearts.

The services will be recorded and available to watch the following day.

Due to the provincially mandated COVID-19 regulations, proof of identification & vaccinations must be provided before entering the church. Masks must also be worn inside the building.

Donations in memory of Rick may be made to the PRO Kids Saint John, Bobby’s Hospice, Christmas Outreach OPC or to the charity of the donor’s choice. Personal condolences to the family and memorial donations may be made through: www.sherwoodsfuneralhome.com

Share Your Memory of
Rick
Upload Your Memory View All Memories
Be the first to upload a memory!
Share A Memory