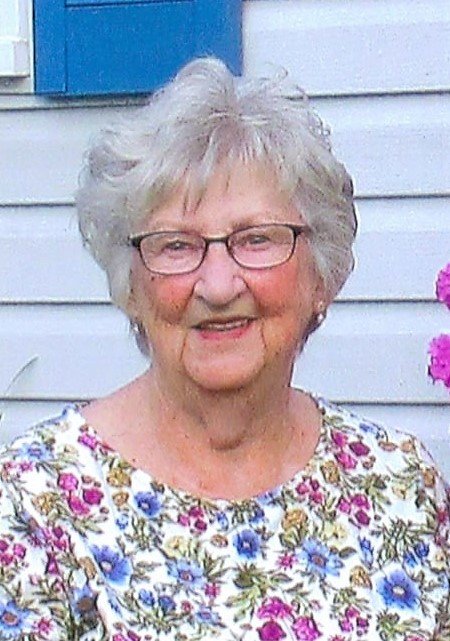 It is with great sadness that the family of Frances Louise Colpitts (Hawkins) announce her passing which occurred on Wednesday, July 28, 2021, at the Saint John Regional Hospital, Saint John, NB. Born in Woodstock, NB, on August 3, 1936, she was a daughter of the late Donald and Helen Hawkins.

Frances is survived by her loving husband Samuel Colpitts of Quispamsis, NB; son, Bruce Black (Gloria) of NB; stepchildren: Garry Colpitts (Carol) of Florida, Gaye Krause (Mike) of Ontario, Bernice Power (Derek) of Nova Scotia; grandchildren: Alexander and Gabrielle of Florida; and sister, Dorothy DeLong of Alberta; along with many extended family members. In addition to her parents, Frances is predeceased by her sister, Ruth Logan.

The family would like to especially thank Rita Hanlin for her compassionate care over the years.

Arrangements have been entrusted to Sherwood’s Funeral Home and Life Tribute Center (506-839-2156) 18 Scovil Road, Norton, NB where a visitation will be held on Tuesday August 3rd, at 12:00pm, followed by a funeral service at 2:30pm. Interment will take place immediately following the service at Riverbank Cemetery, Riverbank, NB.

Donations in memory of Frances may be made to the Lung Association (NB), Saint John SPCA Animal Rescue, or to the charity of the donor’s choice. Personal condolences to the family and memorial donations may be made through: www.sherwoodsfuneralhome.com

Share Your Memory of
Frances
Upload Your Memory View All Memories
Be the first to upload a memory!
Share A Memory