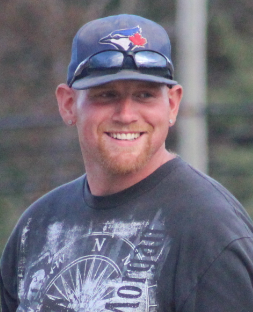 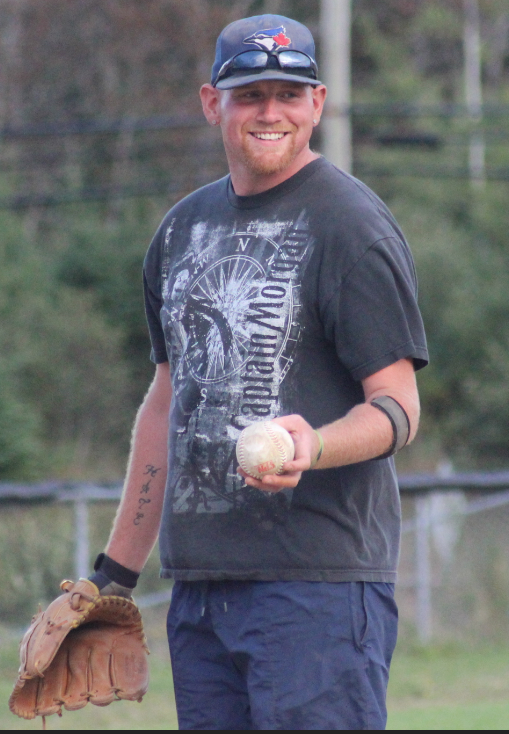 It is with broken hearts that the family of Kyle Raymond Thomas Bernard announce his passing which occurred on Friday, April 2, 2021. Born in Saint John, NB on November 2, 1989, he was the beloved son of Dwayne and Pam (Burley) Bernard of Kars, NB.

Kyle will be greatly missed and never forgotten by his family and friends. He was known for his beautiful blue eyes, his bear hugs, his contagious laugh and “Mega Watt Ginger Smile” that would light up any room. He was the most compassionate, understanding, strongest, happy giant you could ever meet; but he would also protect the ones he loves without hesitation.  He was a kind-hearted man who would give the shirt off his back or the last cent he had in his pocket if you needed it, without expecting anything in return. He loved big family gatherings and parties, also spending time with his closest friends.

Kyle was a great carpenter, but he was the ultimate sports fanatic. He loved playing baseball and darts, he also enjoyed football, rugby, hockey and golf.  His favourite teams were the Toronto Blue Jays, Toronto Maple Leafs, and the New York Giants. Locally, he was known from Sussex to Saint John as a great ballplayer, and considered his teammates as family.

Arrangements have been entrusted to Sherwood’s Funeral Home and Life Tribute Center (506-839-2156) 18 Scovil Road, Norton, NB, where a public visitation will be held on Friday, April 9, 2021, from 4:00pm to 8:00pm. A private funeral service and interment will be held at later dates.

Donations in memory of Kyle may be made to the Living Memorial, PRO Kids, or a charity of the donor’s choice. Personal condolences to the family and donations may be made through: www.sherwoodsfuneralhome.com

Share Your Memory of
Kyle
Upload Your Memory View All Memories
Be the first to upload a memory!
Share A Memory