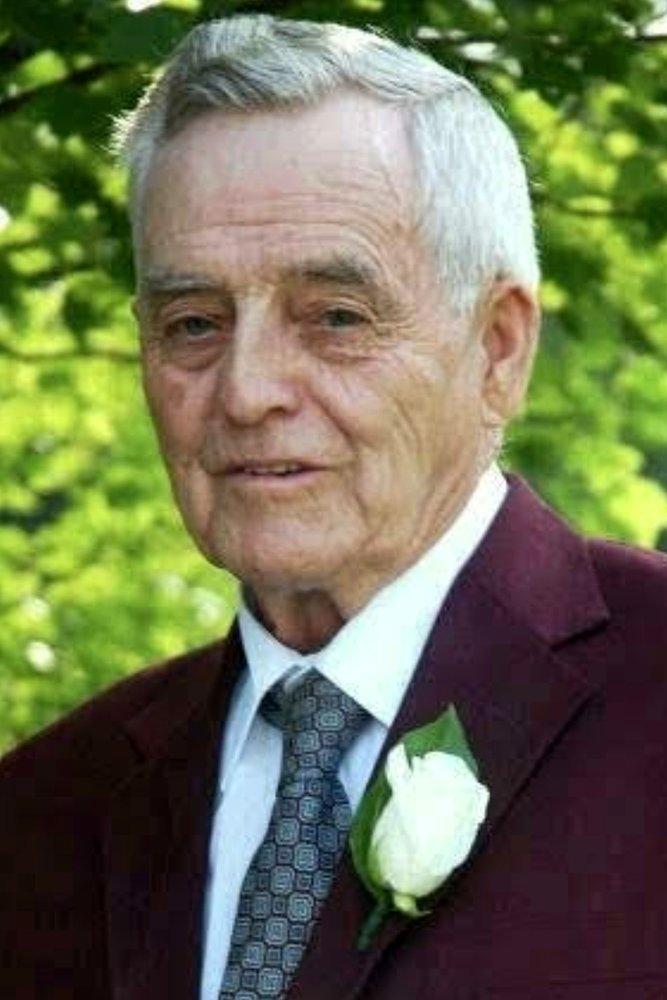 It is with great sadness that the family of Mansel Lloyd Muir of Belleisle Creek announce his passing which occurred on Saturday, January 30, 2021 at his residence. Born on April 1, 1932, in Sussex, NB, he was the son of the late Herbert and Evelyn (Keirstead) Muir.

Born of the Baptist faith, Mansel was what you would describe as the salt of the earth. He was generous, gentle natured and fiercely loyal to the people he loved. A lifelong mechanic, he also dabbled in farming on the homestead he and Yvonne created for their 12 children in Belleisle Creek.

A harder worker you would not find. Mansel and his siblings were raised on a small farm in Collina, and while that love of working the land stayed with him, he was always happiest under the hood of a car.

As a younger family man he worked at Shear Silk Hosiery in Sussex and later trucked. He soon ran Muir’s Fina Garage in Belleisle Creek and eventually had his own garage on his property. He likely fixed every vehicle in the community over the years, and his sons and grandsons carry on that legacy there today. Known as Papa by his 31 grandchildren and neighbours, Mansel and his garage were an institution in Belleisle Creek, serving as a gathering place where stories were shared, and close friendships were made.

Mansel also worked as the mechanic for the Department of Natural Resources for 16 years, in both Norton and then Sussex, until his retirement in 1992.

In addition to his witty, dry sense of humour, Mansel was wise to traditional, simple ways of living where family came first and good deeds for his neighbours were plentiful. When he was out on his tractor after a snowstorm, he would go up and down the country road making sure every driveway was cleaned out. He was also an avid gardener with sprawling rows of vegetables on his property, and those fruits of his labour he generously bagged up and dropped off to any family and friends who needed them.

His family was large and he loved all the perks of that like having many young people around to watch grow up and weekly Sunday invitations for supper where he was always treated like a special guest.

Mansel was the centerpiece in his family and he will be deeply missed.

He also leaves behind 44 great grandchildren who adored him and one great-great granddaughter; his brother Maurice (Rose) Muir of West Haven, Connecticut; sisters-in-law Bernice Pearson and Beryl Howe, both of Sussex; brothers-in-law Glen (Eleanor) Armstrong of Quispamsis and LeRoy Armstrong of Apohaqui; as well as several nieces, nephews, and cousins.

Arrangements have been entrusted to Sherwood’s Funeral Home and Life Tribute Centre (506-839-2156), 18 Scovil Road, Norton, NB. Due to Covid-19 restrictions, a family visitation will be held. Interment will take place at Riverbank Cemetery.

Memorial donations in memory of Mansel may be made to the Cystic Fibrosis Foundation or the charity of the donor’s choice. Personal condolences to the family and donations may be made through: www.sherwoodsfuneralhome.com

Share Your Memory of
Mansel
Upload Your Memory View All Memories
Be the first to upload a memory!
Share A Memory