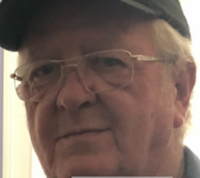 It is with great sadness that the family of Eldon “Brownie” Anthony Brown announce his passing which occurred on Tuesday, December 6, 2022, at Bobby’s Hospice, Saint John, NB. Born in Sussex, NB on September 28, 1954, he was the son of the late Eldon and Mary (Boyle) Brown.

Anthony was a big fan of the Toronto Blue Jays, if he wasn’t playing guitar or teaching one of the kids how to play crib, he’d be tag teaming with the grandkids to tease gram gram. In his younger years he spent many nights playing darts; he also loved to be in the woods hunting or fishing.

Brownie always said he didn’t want people coming to his celebration of life dressed up like they we’re attending a funeral, so please come in your work clothes or whatever you prefer.

Donations in memory of Eldon may be made to the IWK Foundation or to a charity of the donor’s choice. Condolences to the family and donations may be made through SherwoodsFuneralHome.com