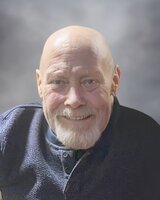 It is with great sadness that the family of Matthew Francis Smith announce his passing which occurred on Friday, November 11, 2022, at the Saint John Regional Hospital, Saint John, New Brunswick, with his wife by his side. Born in Saint John on November 22, 1957, he was a son of the late Francis and Irene (Vail) Smith.

Arrangements have been entrusted to Sherwood’s Funeral Home and Life Tribute Centre (839-2156) 18 Scovil Road, Norton, NB, and will be held privately. Donations in memory of Matt may be made to the charity of the donor’s choice. Condolences to the family and donations may be made through SherwoodsFuneralHome.com