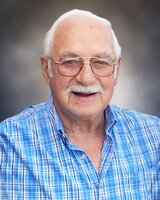 It is with great sadness that the family of Yvon “Ivan” Joseph Cyr announce his passing which occurred on Sunday, May 22, 2022, at the Dr. Everett Chalmers Hospital, Fredericton, NB. Born in Saint John, NB, on June 3, 1939, he was the son of the late Felix and Judique (Boucher) Cyr.

Ivan is survived by his loving wife Ethel Cyr of Belleisle Creek; children: Darcy Cyr (Dawn) of Elginburg, ON and Robin Cyr of Whitby, ON; grandchildren: Kristin Cyr and Matthew Cyr; brothers: Brian Cyr (Janice) of Salisbury, NB, Maxie Cyr (Audrey) of Kincardin, ON and Ben Cyr (Judy) of Courtice, ON; sisters: Irene Tennant (Lloyd) of Palmer Rapids, ON and Maime Gray of Saint John, NB; as well as many nieces, nephews and extended family. In addition to his parents, Ivan was predeceased by his brothers: Wilfred, Louis, Paul and Alier Cyr; and sisters: Rita Jack, Mary Anne McKnight and Christine Cyr.

Donations in memory of Ivan may be made to Parkinson’s Society or to a charity of the donor’s choice. Personal condolences to the family and donations may be made through: www.sherwoodsfuneralhome.com